It was the late 1980s when engineer Harry Deckler came up with a big idea for a new seed meter that would allow farmers to plant soybeans with unmatched accuracy. Deckler was wholly confident in his idea, but his current employer didn’t share his enthusiasm and vision.

So Deckler reached out to Jon Kinzenbaw of Kinze Manufacturing. What followed would change the row crop planter industry forever. 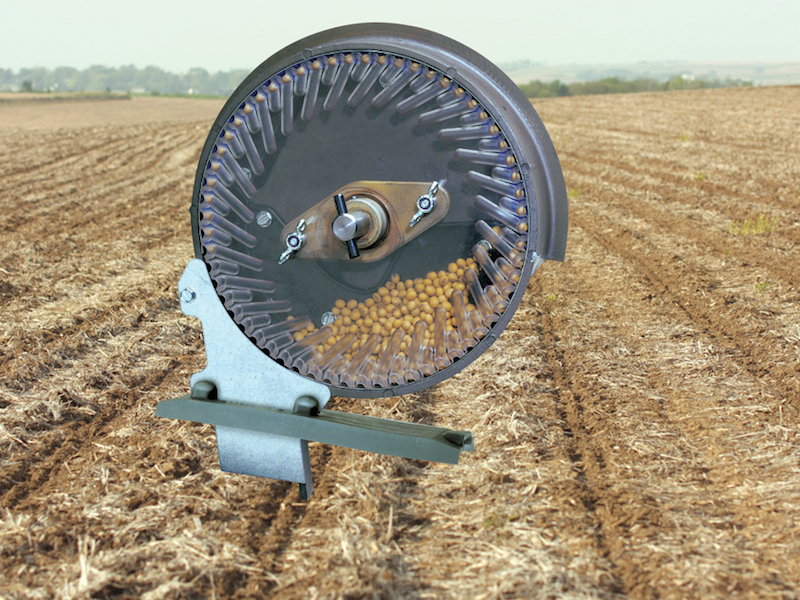 Until that time, soybeans were planted with a grain drill and were not accurately singulated. Deckler’s idea was to design a disc with seed pockets located around the periphery, which would agitate and singulate the seeds as the disc rotated within the seed reservoir. Kinzenbaw recognized its potential right away.

“The companies were holding Harry back and wouldn’t let him move forward with his product idea. So he came to me and said he had an idea to build a soybean meter that would singulate the seed. And I said why don’t you come to work for us and we’ll build that,” Jon recalls. “We struck up a deal, hired Harry, he came here to Kinze, and within a month of him being here he had a working model of what we called the brush meter. It was so simple it was almost comical to watch it.”

In the beginning, Jon and Harry agreed to keep the project top secret.

“Jon thought it was an idea worth pursuing. When I first started working for him we talked about it and I started working over at his farm machine shop to keep it quiet what we were working on. I spent most of my time over there developing the brush seed meter,” Harry said.

A very soft-bristled brush that made contact with the face of the disc held the seeds in place while also brushing away the extra seeds. The brush meter had a very high accuracy rate (in the high 90th percentile), with no doubles and no skips. What’s more, it had only one moving part.

It was a simple yet profound idea. And much to Jon and Harry’s surprise, Harry hadn’t been the only one who’d come up with it. When an engineer named Gene Keaton shared a similar prototype with Jon and Harry, the two just laughed. At first, Keaton mistook their reaction as a criticism of his invention. But then Jon and Harry showed him their prototype.

“We took Gene Keaton over to the farm and showed him our version of the meter and he started laughing,” Jon said. “But it was just one of those things where three of us got together and agreed on a deal, and didn’t fight each other, and we ended up with a good solid patent on the brush meter. We sold that meter by the tens of thousands and still do.”

The Kinze brush meter nearly eliminated the need for grain drills, and immediately revolutionized the planting of soybeans. Today it remains one of our most popular seed meters, which goes to show simplicity, accuracy and efficiency never go out of style.