Taking a Kinze factory tour is like having an all-access pass to a concert. You get to see the behind-the-scenes operations and meet our band of employees.  Experiencing Kinze in this way gives you a better understanding of our manufacturing processes and culture.

Who better to guide you during the tour than retired Kinze employees, Harold Joseph and Joe Neville?  They both have different experiences to bring to the table and have accumulated many stories over the years that they love to share. 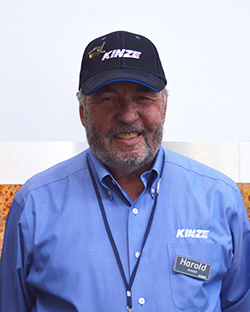 Harold Joseph started working at Kinze in September 1997 in small assembly. A year and a half later he became a fork truck operator in the fabrication department until he retired in September 2009. “The beauty of the fork truck operator job was that I got to know people from the front office to shipping and everywhere in between. I thoroughly enjoyed those years and the people,” said Harold. He couldn’t stay away from Kinze for too long. He became a tour guide in September 2011. 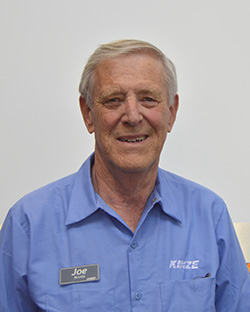 Joe Neville has worked for Kinze for 25 years. Prior to Kinze, Joe worked for International Harvester for 25 years before returning home to Iowa. He came on board in 1992 as a Sales Manager and was in that role for 11 years. He then became a Sr. Product Rep. until his retirement in April 2010. Two weeks later, he became an “official” tour guide. Joe has been giving tours since 1992 to customers or dealers as needed.

Claim your Kinze All-Access Pass today by calling 319-668-1300 and ask for “factory tours.” You may also submit a tour request online here. 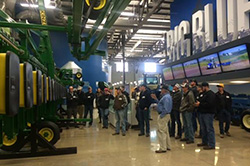 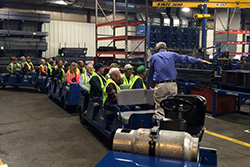