Planting split rows, or the practice of adding row units between existing row units to plant narrow row soybeans, has been around for nearly 40 years. Originally introduced by Kinze Manufacturing, Inc. in 1978, split rows were initially achieved by installing row units side-by-side on Kinze rear fold frame planters. In 1983, Kinze introduced its unique, patented push row units, which were installed on the front of double frame toolbars, that enabled a single planter to be easily used for both corn and soybeans. The introduction of this innovative feature, and its incorporation as a common farming practice, provided farmers with trash flow and yield advantages. 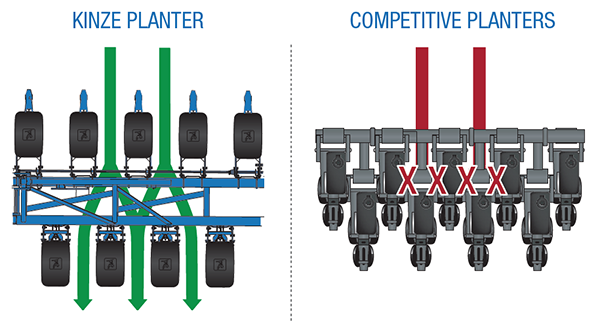 When split rows were introduced and planters, instead of drills, began to be used to plant soybeans, improvements in yields were soon realized. In 2016, Beck's Hybrids published the results of a 10-year, multi-location seeding rate study. The study clearly shows the yield and profit advantages of planting soybeans at 15" spacing instead of 30". 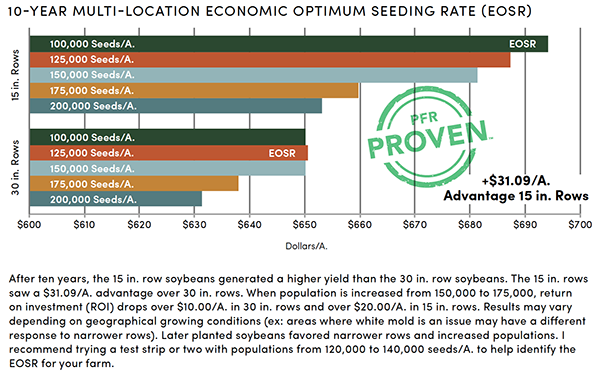 In addition to increased yields, using a narrow row, no-till planter has many other direct and indirect economic advantages:

The Kinze 3500, 3600, and 3660 are all available with Kinze’s exclusive push row units for planting split rows. To see Kinze's full lineup of planters, contact your local Kinze Dealer or visit Kinze.com.